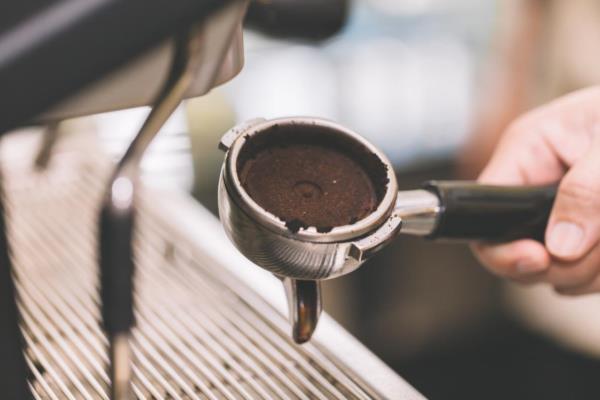 With businesses and consumers alike becoming more mindful about their impact on the environment, it falls to the hospitality sector to lead the way in reducing waste. Here at Coffee Masters, we already offer a range of fully compostable consumables and we’re one of only two suppliers in the UK offering compostable sugar sachets.

However, there’s one waste product in cafés that could be put to better use. 60% of waste in cafes is used coffee grounds. While some keen gardeners have already found a use for these grounds in their compost bins, two entrepreneurs from Scotland believe they may have found an even better solution.

Most of us are aware of the negative impact of Palm Oil on the environment. Despite being present in many household consumer goods, Palm Oil has been repeatedly shown to destroy rain forests in Asia.

However, Scott Kennedy and Fergus Moore think they might have discovered a way to address both the negative effects of palm oil and the cost of used coffee grounds to cafes. Due to their weight, coffee grounds are expensive to get rid of and massively increase businesses waste bill.

Kennedy and Moore’s company is called Revive Eco, and its stated aim is to replace palm oil with the waste from coffee.

According to Fergus, ‘there are oils in coffee with a wide range of uses in different industries - cosmetics pharmaceuticals, food and drink, household products. Interesting enough, these are the same products Palm oil is used for.

By developing processes to extract these oils from coffee waste, Revive Eco is making steps to replacing palm oil altogether.

The new company has already won £235, 000 of funding from the Zero Waste Scotland Agency.

If you’ve been looking for a new way to recycle your coffee waste, then watch this space!